What Happens To Dividends In A Bear Market? 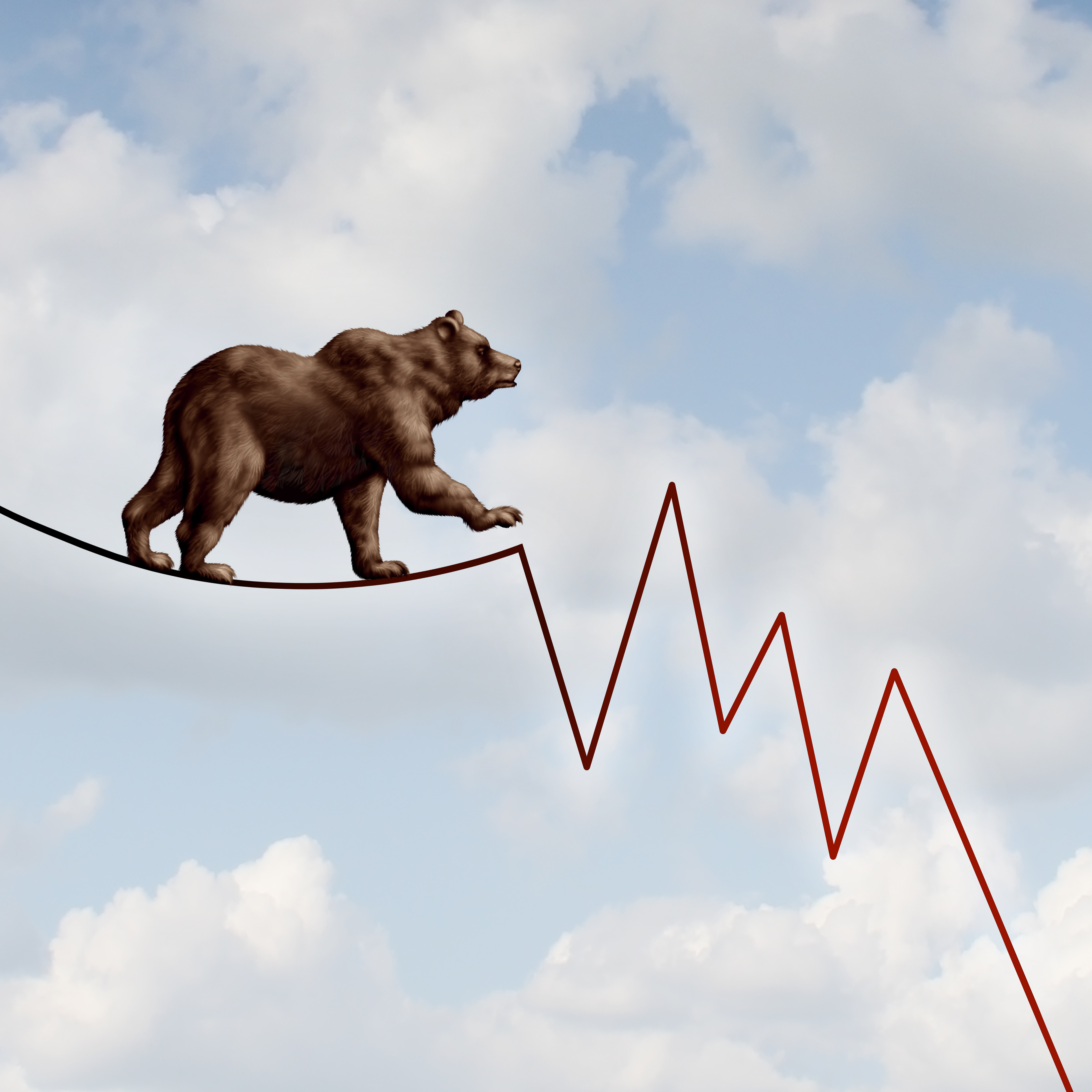 As we have been discussing, dividend investing is a great way to generate income to live on in retirement. The main idea is to use dividends to create a passive, predictable, and growing income that you can rely on whether the market moves up or down.

Unlike investing in stocks that don't pay dividends—where income generation comes from selling a percentage of your assets each year—dividend investing allows you to keep your money invested and growing. This makes it a potentially more stable way to build wealth in your retirement income portfolio.

But what happens to dividends in a down market? Won't dividends shrink as companies struggle with cash flow? It seems as if dividend cuts would be expected in a bear market, as well.

Historically, though, you may be surprised to learn that dividends hold up remarkably well in times of distress.

When we look back in time, dividends have proved to be historically less volatile. From 1900 through 2018, the first half of the 20th century saw several peaks and valleys in dividend growth, exacerbated by the Great Depression and the two World Wars. Other than these significant macroeconomic events, the market's dividend growth rate held relatively steady between -10% and +10% over time.

Stocks, however, didn't remain as constant. Over the same period, the S&P 500's price fluctuations were more severe and more frequent. For each period measured from 1900-2018, the S&P 500's price returns experienced much higher drawdowns than the dividends paid. The market's 12-month change in price was at least twice as volatile as the change in dividends.

This isn't surprising, though. Changes in stock prices are tied to investor sentiment and cause the market to move through extreme highs and lows over a short period.

What Happens To Dividends In A Bear Market?

To understand how dividends fare in a down market, take a look at the following chart. Since World War II, there have been 11 recessions (listed below). 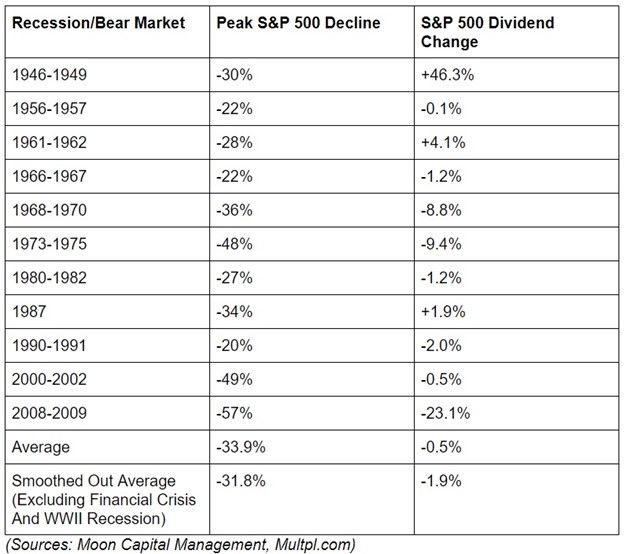 As the chart highlights, dividends paid by companies in the S&P 500 have been far less volatile than their share prices during times of financial distress. In fact, in three of these recessions, dividends actually increased! In one instance following World War II, the jump was +46%, even when the market price dropped. The exception to this trend was the financial crisis of 2008-2009 when the Federal Government forced companies to cut dividends to receive a mandatory financial bailout.

But outliers aside, on average, dividends were more reliable. While the market's price dropped nearly 34%, dividends remained almost flat., making them a much more stable source of income to rely on when market prices are swinging swiftly in one direction or another.

Why Dividends Are Less Influenced By Market Movement

It may seem counterintuitive at first, but remember that a dividend is a commitment made by a company to its shareholders. Cutting dividends is one of the last things a company wants to do as it may (1) signal financial distress and (2) disappoint shareholders. So even if stock prices are falling, companies will still try and maintain the company's dividend as long as it does not threaten their ability to survive.

Plus, companies that offer dividends are often more established with relatively stable sales, earnings, and cash flow over time. And since dividends are meant to be paid out of profit, dividends should represent excess earnings that aren't immediately needed to grow the business.

The Benefit Of Relying On Dividends In A Bear Market

When the markets are down, dividends give you the ability to continue generating income without having to worry about selling your investment. After all, that's how you lose money.

When stock prices are all over the board, the mature, stable companies who pay dividends have adequate cash flow and excess reserves to fulfill their dividend payouts, and your nest egg remains untouched, free to grow and compound over time.

Bear Markets Are Unavoidable, But Dividends Can Provide Some Stability

You can't predict a bear market, nor can you anticipate how long a down market will last. You can, however, position your retirement portfolio to weather the ups and downs with a high level of confidence that you won't sacrifice your retirement income.

If you're ready to learn how to build a safe income stream in retirement and avoid costly investment mistakes, contact our founder, Kyle Walters, today to set up an introductory phone call.

Over the course of a summer, it’s not unusual for the stock market to be a topic of conversation at...

How Can You Take Advantage Of This Bear Market?

Well, it's official. The Fed poked the bear. Investors are now dealing with fears of inflation and...

Should You Own A Vacation Home In Retirement?

Retirement is full of wonderful possibilities, including the ability to spend part of the year...