On March 31st, 2021, President Biden unveiled an expansive $2.7 trillion infrastructure proposal to bolster the post-pandemic economy—the American Jobs Plan. The scale of this bill is so enormous that it will take an estimated fifteen years of increased corporate and individual tax increases to pay for the eight years of proposed spending.

Who will pay for this historic bill?

Buzz on the street warns that the proposed tax changes will disproportionately affect the top 1%, but basic economic principles suggest otherwise. It may appear that only the wealthy are being targeted as the plan aims at individuals earning over $1M annually. But corporations are poised to bear the brunt of the burden, and what trickles down, as a result, will significantly impact millions of Americans nationwide—including retirees.

The exact proponents of the plan are still a bit unclear, but corporations are certainly on the front burner. The president is looking to collect hundreds of billions of dollars in taxes from big companies to help finance his ambitious spending proposals.

Under his new plan, the corporate tax rate could increase from 21% to 28%. There could also be an additional increase in taxation of corporate income earned by US-based companies, and these changes could take effect as early as January 2022. But that’s just the beginning. To encourage companies to make their products in the United States, Biden wants to enact tax penalties, making foreign manufacturing more expensive. These penalties could include as much as a 10% “offshoring surtax” on goods produced overseas but sold in the US by American companies. Deductions for American companies that move jobs or production overseas could also be eliminated, while taxation could double on profits from foreign subsidiaries of American companies.[i]

What does any of this matter if you aren’t a multinational corporation? You’ll know when the changes land squarely in your lap in the form of dampened market returns. According to Forbes, Goldman Sachs has predicted that Biden’s entire tax plan would reduce 2022 earnings-per-share on the S&P 500 by 9%. Couple this with the fact that 55% of Americans hold stock, and it’s easy to see the after-effects of such a steep corporate tax hike.

2. Then Come the Dividends: A Domino Effect

There are also negative implications for corporate dividends. To start, we must consider that a 9% decline in earnings means less is available for dividend payments. Companies that already struggle to cover dividends could potentially reduce or even suspend dividend payments. At the very least, planned future increases could be put on hold.

Just take 2020 as a keen example. Companies began chopping dividends left and right in response to the pandemic-induced dip last spring. While the first quarter was rough, the second quarter was a doozy. Payouts took a swift dive, plummeting $42.5 billion from the year earlier.

Seniors relying on dividend income may have to learn to live on less than they have grown accustomed to or, at the very least, adjust how they pool from their available resources. But what about the retiree who needs cash now? Selling equities could be the only option for many. Besides the fact that they will be selling at a drastically reduced market price, selling also eliminates the receipt of any future dividends.

Of course, the hope is that Congress will end up passing a smaller rate increase of 25%, which would only depress earnings by about 3%. Pre-retirees and retirees will want to remain realistic about their future if dividend income is heavily relied upon.

So, imagine you’re a retiree looking for income in this lower-yielding, dividend-cutting environment. You’ve stomached the fact that you’ll have to sell equities at a discounted price to continue living your current lifestyle in retirement, and you have come to terms with the fact you’ll be missing out on future dividend earnings, but now may also pay higher taxes than in the past. Corporate tax hikes could effectively create the perfect financial storm for retirees who rely heavily upon investment or dividend income to live.

Now is the Time to Prepare

As someone approaching or in retirement, the time to prepare may sound like “too little, too late,” but that certainly isn’t the case. This is why retirement plans are never etched in stone. Any macro or micro event could affect how you best generate retirement income to maximize return, minimize liabilities, and mitigate the drag of taxes on your wealth. It just so happens that now may be a critical inflection point in your retirement when tax planning may temporarily steer the investment ship.

While there is little probability that the proponents of this bill will pass in their entirety as presented, it’s best not to let hindsight be your guide when it comes to taxes. Taxes pose a real threat to retirees looking to create an income stream from their portfolios. As you prepare to navigate the potentially choppy waters of tax changes ahead, you will want to be sure you have a proactive investment and tax advisory team to guide you.

How well can your retirement plan handle a lower-yielding portfolio and higher taxes?  Atlas Wealth Advisors is here to help. Send us an email to connect with us and learn more about preparing for the uncertainty. 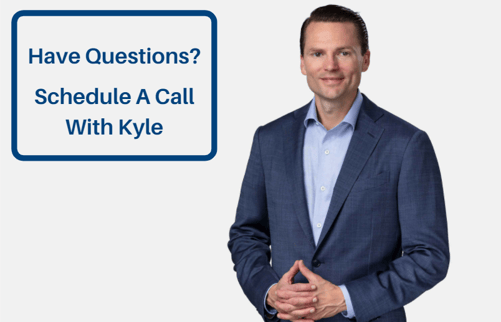 For decades, you have diligently saved and invested so that one day, you would be able to retire...

How do you minimize your taxes in retirement?

When it comes to taxes, not all income is created equal in retirement. Two critical factors will...

If you're retired, does a Roth conversion make sense?

As we approach the end of the year, you may be doing some strategic tax planning. Your strategy may...